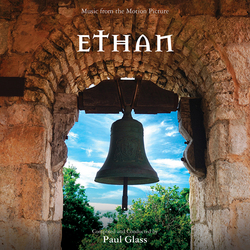 Ethan is a mystery. It's not only a lost film, it's a film that most people have never heard of, let alone seen. It had a very brief release and disappeared completely, having only one release in the early days of VHS. It's certainly not a great film, but it's an interesting one that deals with interesting subjects and was especially bold for a 1964 film.

The one area in which Ethan soars is its score by composer Paul Glass. He had two distinct styles for his film scores—avant-garde (Lady In a Cage) and a more accessible harmonic style (Ethan, and subsequently, Bunny Lake is Missing). Ethan almost seems like a dry run for the Bunny Lake is Missing score, with which it definitely has things in common. Ethan is a beautiful score, with haunting themes that are developed with wonderful variety throughout its playing time.

Both scores are presented complete and in stereo from Mr. Glass's personal tapes. We are thrilled to have two more Paul Glass scores on CD.