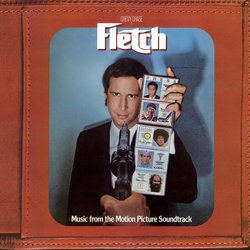 Available for the first time ever on CD, and long out of print on LP, the soundtrack to Fletch features music by 80's stalwarts including; Stephanie Mills ("Bit By Bit," the infectious theme song), Dan Hartman, The Fixx, Kim Wilde and composer Harold Faltermeyer. Fletch is the classic 1985 comedy starring Chevy Chase as the dogged and chameleon-like reporter, Irwin "Fletch" Fletcher. The movie was a hit at the box office and spawned a sequel.