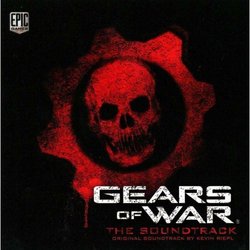 In the recent tidal wave of nostalgia for all things from the 1980s, there has been a curious undercurrent flowing along. You may have noticed how many bands are now covering music from Nintendo games such as Mario Bros. or Zelda. Those NES melodies are popping up everywhere, from a beatboxing flute player on Youtube to ironic cadenzas in rock music. It is strange how melodies produced through simple tone generation are now regularly translated into either acoustic music or, in some cases, back into more sophisticated digital music.

It is doubly interesting to me because the level of video game music has risen drastically in the past decade. Full-scale symphonic scores are now the norm for major platform releases along with recognized voice talent. These features have made many video games immersive experiences akin to movies. In fact, the quality of the games has gotten to the point where they are regularly featured in public discourse and movie reviewers are even discussing whether or not video games should be considered art along with other forms of multimedia.

However, when Gears of War was released late last year and subsequently became the first break-out title for the X-Box 360, few were evaluating its artistic merits. Instead, players and reviewers were heaping praise on the gameplay and graphics of the third-person actioneer and the sheer entertainment value of fighting with Marcus Fenix and his Delta Force as they seek to destroy the Locust Horde\'s network of underground tunnels on the planet Sera. The reviewers were right – the gameplay does pull you in quickly, and for the hours it takes to finish the game, you are fully on Sera, oblivious to the outside world.

Part of any contemporary game\'s success rests in the music. As in a movie, the score works to create a physical connection between viewer and image, and, as in a movie, game designers usually turn to the symphony orchestra to create the game\'s sound. It is a smart choice; the symphonic sound, though anachronistic in a setting such as Sera, is culturally embedded to accompany the visuals crafted by the designers at Epic Games. It works as a quick shorthand to emotional engagement.

Kevin Riepl is a new voice among game scores. For the past few years he has done additional music for a number of television and game projects, especially for Epic Games\'s Unreal Tournament series, but Gears of War marks his first major project. To sonically map out the game\'s world, he turned to many clichés of the horror and action movie genres. In his score you will find all the marches, heavily metallic percussion, ripping horn lines, and eerie digitally-produced sounds floating over a steady drone that you could possibly desire. Riepl obviously knows the established musical tropes and puts them to good use. Consider the opening "Gears of War." The track starts with a steady beat in low strings underneath which metallic sounds jangle as percussion hits on every downbeat. Slowly, a repeated pattern grows in the brass, endlessly repeated and augmented throughout the track at it expands in dynamic and orchestration. It is an effective way to hammer home the score\'s main theme while generating tension, but is the kind of exercise that doesn\'t need four and a half minutes.

My main complaint with the score rests in that last feature – its length. Video games are most unlike movies in the amount of time they occupy. A movie takes between an hour and a half and three hours while many games last for ten times that amount. As a result, the standard forms of musical development lifted from Romantic-era concert music fall apart and new forms have to be discovered. Most game scorers focus on the ambient, and Riepl does as well, but outside the game environment, massive amounts of ambient music, made to be heard while the brain is actively engaged elsewhere, grows tiresome.

Still, Riepl does have a fine ear for manipulation of texture. Consider "Locust, Wretches & Kryll," which is on the CD right after my favorite track title, "I Will Kryll You" (Riepl certain does have a good sense of humor). The track opens with a high synth sound that morphs as though it is being heard underwater. Over that sound, percussive hits bounce back and forth between the right and left channel, effectively disorienting you as a listener. Riepl quickly establishes a percussive ostinato and places a slow-moving brass melody over it, but those initial sounds continue in the background, creating a deliberately and deliciously creepy atmosphere that screams of claustrophobia and cold sweats. And at two and a half minutes, the cue does not overstay its welcome, establishing its mood and leaving you in it as it finishes.

Overall, Gears of War is the type of music that works wonderfully in context, and therefore serves to remind game players of good times had while playing, but outside of the game\'s world, become repetitive. But Riepl shows that he has the chops for game composition, and I feel he will quickly become one of its stars. I\'ll certainly be interested to hear what he\'s done with Huxley, scheduled for release later this year.
more reviews by Andrew Granade
Rate this Album
Missing Information?