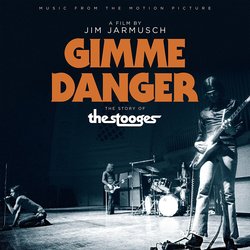 Rhino offers the perfect complement to the film with Gimme Danger: Music from the Motion Picture. The digital and CD versions include 14 songs that focus on the group's first three studio albums – The Stooges, Fun House, and Iggy and The Stooges' Raw Power—and feature band members Iggy Pop, Ron and Scott Asheton, Dave Alexander, and James Williamson. Slightly truncated, the LP version features Stooges songs and has a selection of tracks previously only available on CD and digital formats, including the vinyl debut of the outtake "Lost In The Future."


Both Jarmusch and Pop helped select songs for the soundtrack, which mixes indelible studio recordings ("I Wanna Be Your Dog," "1969" and "Loose") with rare studio outtakes ("I Got A Right," "I'm Sick Of You" and "Asthma Attack.") Fellow Detroit natives MC5 make an appearance on the collection as well with "Ramblin' Rose" from the group's 1969 debut, Kick Out The Jams. The oldest songs on the collection pre-date The Stooges and spotlight Pop with his previous bands, the Iguanas ("Again And Again") and Prime Movers Blues Band ("I'm A Man").