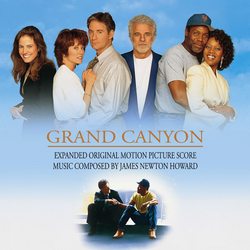 This new edition features more than 25 minutes of additional score not found on the original release (Please Note the Warren Zevon song is not included on this CD). JNH's ethereal powerful score is the driving force behind this multi-storied character study of Angelenos just trying to make their way through life in the crazy City of Angels.