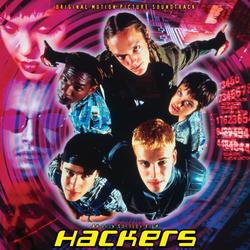 The definitive soundtrack to the film Hackers is being released in conjunction with the 25th anniversary of the film, exclusively from Varčse Sarabande Records. The double LP set features music from an incredible lineup of electronic artists, and three never-before-released score tracks including "Hackers Suite" performed by composer Simon Boswell, as well as two pieces by Guy Pratt, "One Combination" and "Grand Central Station" featuring David Gilmour.

Additionally, tracks that were not on the original soundtrack release in 1995, including "Protection" by Massive Attack and "Open Up" by Leftfield, are part of this special edition. The commemorative package includes new notes from director Iain Softley and unreleased photos of the cast.