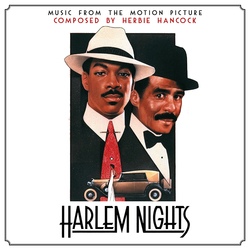 Herbie Hancock, naturally, provides a jazz-influenced score, with an infectious main theme and great pieces for big band. Hancock also contributed a darker mix of electronics and orchestra as underscore. A series of jazz standards by Duke Ellington were recorded specially for the film, with orchestra conducted by Garnett Brown, arranged and produced by Hancock with his well-known good taste. All these adaptations are included in the album as bonus tracks.

This CD has been beautifully edited and mastered by Doug Schwartz, and the package includes a 16-page full-color booklet with liner notes by Daniel Schweiger.