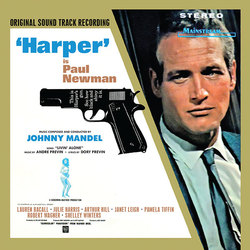 This is the premiere CD release of the soundtrack album to Harper, originally issued on the Mainstream label at the time of the film's release in 1966. As with Intrada's previous titles from the dynamic Time, Mainstream and Ava Records catalogs, Intrada presents this stylish Johnny Mandel soundtrack from the first-generation session mixes used to master and manufacture the original vinyl records. The masters made for Harper were recorded and mixed by Dan Wallin and originally mastered by Mainstream's engineer Gene Thompson. As such, this Intrada CD features crisp, punchy stereo audio with great instrumental detail and dynamic range.