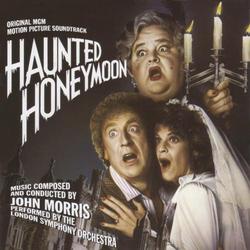 This album was mastered from analog tape elements from John Morris' personal library, which were dubbed from the original 1/2 inch master at Abbey Road Studios. James Nelson applied some compression and noise reduction in ProTools to achieve the finished master. While some analog tape hiss is present, the wide dynamic range of the source showcases the score's full-throated London Symphony Orchestra brass performances and Morris' highly detailed orchestral colors extremely well.