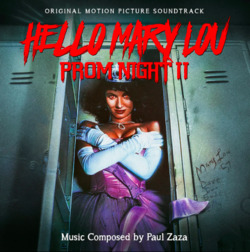 Most of Paul Zaza's original score he wrote for the film was heavily edited and chopped up in the final film. For this release, Paul personally selected and edited the tracks to create a more listenable experience. The audio was mastered by Collin Jordan with artwork direction by Luis Miguel Rojas. Album was produced by Logan Johns and Ryan Graveface.