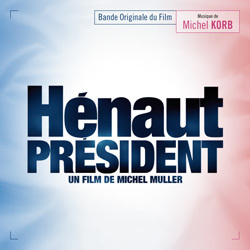 Henaut President (2012) is a French movie directed by actor Michel Muller. He appeared in various French television series and in minor film roles. In 2001, he starred in Wasabi, alongside Jean Reno and Ryōko Hirosue. In 2011, he appeared in historical fiction television series The Borgias created by Neil Jordan.

Pierre Hénaut (Michel Muller) is a French politician who wants to run as a candidate in the election. Thierry Giovanni (Olivier Gourmet) who runs a communication agency, takes over the campaign of Hénaut in order to make him a political juggernaut and a media sensation.