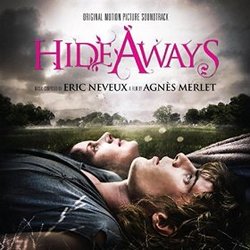 Performed by
Philharmonic Orchestra in London

Award-winning composer Eric Neveux has written a beautifully melodic and harmonically rich orchestral score for Agnès Merlet's acclaimed fantasy drama. Essentially a love story, the film is about a young man who possesses an extraordinary power which ultimately forces him to retires to the depths of the forest.

Neveux's music for the film underlines its fantastic elements and gives the story the musical form of a darkly romantic fairy-tale. People will compare the writing and approach to that of many fine Danny Elfman scores—but with a distinct European voice, more fully developed thematic ideas and perhaps somewhat more economic orchestrations.

Music is beautifully performed by the Philharmonic Orchestra in London under the baton of veteran film music conductor Allan Wilson. MovieScore Media releases the soundtrack in collaboration with UK label Pale Blue, who are also handling the digital distribution of the album.

The first edition of the CD is limited to 500 copies.