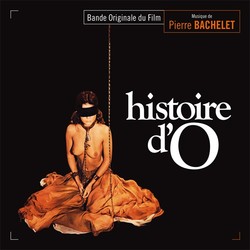 The greatly expanded score for The Story of O has been fully remastered from the recording session tapes and includes previously unreleased tracks. This present edition also features the song performed by lead actress Corinne Cléry and arranged by Daniele Patucchi, only previously released on 45RPM single record. The package includes an 8-page booklet with liner notes by Nicolas Magenham, discussing the film and the score.