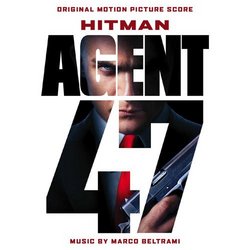 Acclaimed composer Marco Beltrami unleashes a propulsive orchestral action score that perfectly compliments all the non-stop thrills and double-crossing espionage served up by this breathtaking new film based on the worldwide-smash game series. Produced by Marco Beltrami and Buck Sanders and mastered by Erick Labson, this dynamic score is a powerful listen that takes Agent 47 to a whole new level of intensity. Art design is by Dan Goldwasser.