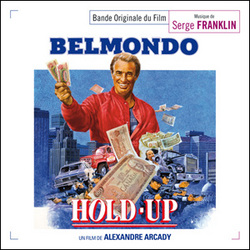 For Hold-Up, SergeFranklin's score is an ingenious blend of American/French heist movie traditions with an addictive, funky sound, including the theme song by Rena Scott and the song Running Wild by Jan Loseth.

For Dernier Ete a Tanger, Franklin composed an Oriental-flavored, erotically charged thriller score that also features a couple of songs: one by star Valeria Golino and two by Anna Karina who appears as a cabaret singer in the film.

Music Box Records presents both scores in as complete form as possible. The Hold-Up presentation recreates the original LP and since the original album was fairly representative of the score, there was no need for expansion. Dernier Ete a Tanger had previously been released on LP, but this new release expands the original album with 9 minutes of additional jazzy goodness that wasn't featured on the record.

The limited edition of 500 copies comes with an 8-page booklet with French and English commentary by Gérard Dastugue.