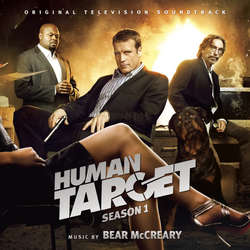 McCreary's robust, Emmy-Nominated score to this action-packed series featured an average of 60 live players per episode, making it the "largest group of musicians to play on a live-action television series in years," according to Variety. Four of the tracks included on this deluxe 3 CD-SET are from the first season finale, which features an unprecedented 94 musicians. This limited edition set, produced by Bear McCreary and mastered by Patricia Fourstar Sullivan at Bernie Grundman Mastering, features a 3rd disc of bonus tracks with alternate cues and demos—exclusive only to this release.