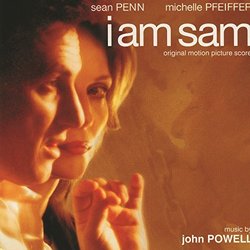 I Am Sam (Original Score)

Review: I Am Sam

I Am Sam, an aggressively sentimental tear-jerker starring Sean Penn and Michelle Pfeiffer, tells the story of a retarded man's fight to maintain custody of his seven-year-old daughter.  The film assumes we will root for the man, despite his parental limitations, and pulls out all the stops to make us cry.  It is clearly made for the double-hanky crowd, and if you are not one of those folks, there is no point in seeing this flick.  Penn is always outstanding, and he does a fine job in this role; it is just that he is stuck in the middle of a predictable, unambitious story. Composer John Powell has created a nice, delicate score that, though not audacious, makes for pleasant listening.

I Am Sam tells the story of a childlike man trying to save his child, and Powell wisely creates a delicate, sweet score that is very appropriate to the work.  Though it creates some inconsistency, Powell's addition of Latin and African riffs, as well as some hints of Steve Reich-like minimalism, makes for a surprisingly varied set of tunes.  Easy listening is inherently non-distinctive, and Powell does a good job of fighting that.  There is a fair amount of guitar work which adds a nice, organic tone to the soundtrack.  It's soft edges make it more evocative than dramatic, basically putting us in a mood, as opposed to guiding our moods from one to the other.

Some would criticize that this score does not really make us recall the film as much as a film soundtrack should.  Because these pieces are so much about creating a general tone, as opposed to specific emotional reactions at specific points, we don't really recall scenes from the film while listening to it.  If that is a priority for you, this soundtrack will disappoint.  Also on the negative side, the diversity of influences make for a somewhat disjointed feel; there is no strong apparent I Am Sam theme, and the lack of thematic and dramatic threads makes it hard to follow the album as a complete work.  The light, easy nature of the music is what keeps us listening, not any collective grand plan.

In conclusion, this is a solid easy-listening album, with a pleasant multi-cultural slant.  Huge fans of the film will enjoy it, not because of recalling specific scenes so much as the fact it shares the same soft, warm tone of the film.  If you are not into the film or like your music with some teeth, you can pass on this soundtrack.