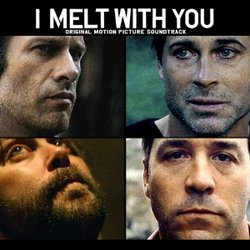 I Melt With You

Lakeshore Records will release the original motion picture soundtrack to I Melt With You, available digitally on November 29 and in stores on December 20, 2011. The soundtrack features classic new wave, modern rock and punk tracks from artists including Bauhaus, The Pixies, The Jesus and Mary Chain, and an updated version of the eponymous track by Modern English.

About the movie: Richard (Thomas Jane), Ron (Jeremy Piven), Tim (Christian McKay), and Jonathan (Rob Lowe) are friends from college who gather for a weekend each year to celebrate their friendship and catch up with each other. On the surface, they look like other men going through life: they have careers and families and responsibilities. But as with many people, there is more to them than meets the eye. As the weekend progresses, they go down the rabbit hole of excess. Fueled by sex, drugs, and rock 'n' roll, their bacchanalian reunion drives them to an unexpected place where they are forced to confront themselves and the choices they've made.