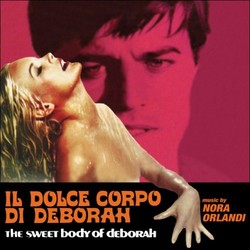 Orlandi fashioned a score that highlights the story's more psychedelic aspects. Several cues, including the opening titles (Marcel – Deborah) feature vocalization by Orlandi herself, while the song "Molto tempo fa" features the composer's sister, Paola. Other highlights include the energetic "La Bandita" played during the film's central set piece, a colorful game of Twister.

This release by Quartet Records is the first real expanded release of the score on CD (a previous extended CD had the same program repeated in mono and in a simulated stereo). The original LP released by CAM in 1968 was also in mono, this time we have had the opportunity to access to the original session tapes and offer the entire program in a dynamic stereo, mastered by Claudio Fuiano.

The 8-page booklet includes colorful stills and liner notes by Gergely Hubai discussing the film and the score.