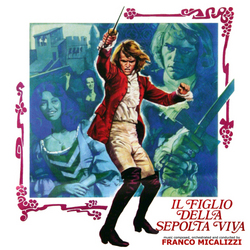 This little known Italian film from 1974 is perhaps not director Luciano Ercoli's best film to date however the music that Maestro Franco Micalizzi gave the film makes it worth watching over and over again. The music we are proudly presenting on this compact disc was never previously released, except from 2 of the cues on a very rare 7-inch vinyl from 1974 on Beat Records.

The score is rich in suspense cues, scary moments and has one of the most beautiful melancholic themes Maestro Micalizzi ever composed. A real gem for connoisseurs and a real must have for fans of beautiful melodic soundtracks of all times.