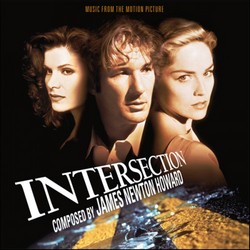 James Newton Howard provides a beautiful, elegant score—one of his most romantic from the nineties—including stylish passages for harmonica performed by Toots Thielemans.

Previously released by Milan Records in 1994, our expanded edition includes all the music composed by Howard for the film, presented in film order and fully remastered from the original recording sources provided by Paramount Pictures. The package includes a 20-page full-color booklet with liner notes by Andy Dursin.