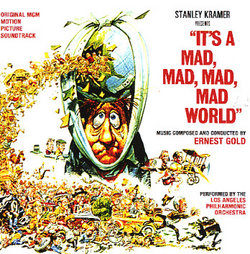 For the first time, Gold's original soundtrack cues from the film are presented here on disc one, along with the original soundtrack LP release on disc 2 (with the songs moved to the end to make for a better listening experience). Produced by Ford A. Thaxton and Ray Faiola, and digitally edited and mastered by Ray Faiola at Chelsea Rialto Studios, this special 2-CD Set also features in-depth liner notes by film music writer Jeff Bond. This is a limited edition of 2000 units.