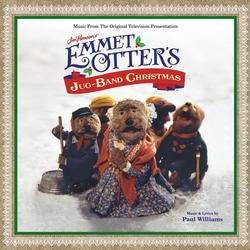 The world premiere release of the soundtrack from the 1977 beloved Jim Henson produced TV special, Emmet Otter's Jug-Band Christmas. The show first aired December 17,1977 on HBO and features songs written by Paul Williams. The music is classic Paul Williams and Jim Henson magic. Fans have been asking for a release of the soundtrack for many years.