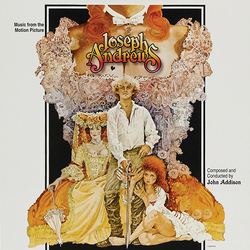 John Addison score is wonderful and melodious music—it's pastoral, jaunty and often quirky in its instrumentation, conjuring up the world of Fielding and all of the film's colorful characters. Addison was a master at this kind of score and Joseph Andrews is prime John Addison.

This world-premiere release of Addison's music for the film was taken from the mono mixdown tapes, which were in great condition in the Paramount vaults.