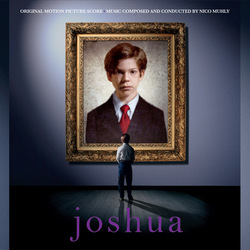 There is only one film score I\'ve ever heard that I find genuinely terrifying, and it\'s not the score from Psycho, or The Omen, or The Exorcist, as one might expect (superb scores that they are). For me, the real killer is Jerry Goldsmith\'s score for Poltergeist. Maybe it\'s because the film so frightened me as a child that I find the music so difficult to listen to, or perhaps because Goldsmith so effectively counterbalances his ethereal lullaby theme with such an oppressive sense of dread in the other cues. Whatever the reason, Poltergeist is far and away the most unsettling music for me to listen to in a darkened room.

With his deeply unnerving score for George Ratliff\'s 2007 film, Joshua, however, twenty-six-year-old Nico Muhly gives Goldsmith a run for his money, offering up one of the most chilling scores in recent memory. Stylistically, it has more in common with Wendy Carlos\'s sparse compositions for Kubrick\'s The Shining than with any of Goldsmith\'s work, but its impact is almost as great. This is not a \"typical\' horror score; if it\'s melody you\'re after, you\'ll be disappointed. But what this score has in spades is mood, atmosphere and a kind of cerebral tension that captures the coldness of the film\'s title character. It helps that the film itself is so insidious, but I must say: even before I had seen the film, I played this album late one night with the lights out and found myself shuddering.

Muhly\'s name is relatively new to score aficionados, despite the fact that he is an established classical composer, but he was clearly the perfect choice for this film, which centres around the titular nine-year-old (Jacob Kogan), a frighteningly intelligent musical prodigy. A lengthy profile in The New Yorker last February offered clues that Muhly may even share some of Joshua\'s musical idiosyncrasies: his apathy towards overtly emotive music (Joshua literally throws up when his family starts singing \"Twinkle, Twinkle\" to his baby sister) and his predilection for more restrained, almost mathematical styles of composition.

With Joshua, Muhly marks himself as a name to watch in the world of film music. This is a score replete with creeping tension and jolts, but it somehow manages to avoid slipping into horror movie clichés, largely because Muhly\'s approach is so distinctive and draws so effectively on his classical roots. It is surprising how well the music fits the film when it also stands so powerfully on its own. The closing track, “Nobody Will Ever Love You”, for example, could work very well as a concert piece, but it also works perfectly to underscore and, at times, dominate the scene in which Joshua\'s dad, Brad (Sam Rockwell), finally loses the plot. The introduction of new thematic material so late in the score, combined with totally unpredictable musical stabs from the strings, piano and percussion, conveys powerfully a sense of Brad\'s alienation and knife\'s-edge vulnerability.

If there\'s anything disappointing about this release (limited to only 500 copies), it\'s that none of the other musical cues from the film are included. Part of the strength of Muhly\'s score is that it blends quite seamlessly with the 20th Century piano music Joshua plays, especially that of Bartók. Joshua\'s piano also plays an integral role in the film\'s closing moments, as does Dave Matthews\'s song “The Fly”, which was written for the film. It would be great to see a complete soundtrack issued with these tracks, along with Muhly\'s score, in the future.