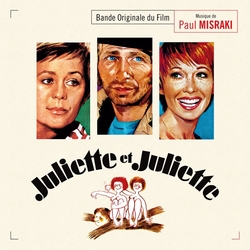 In collaboration with Gruppo Sugar, Music Box Records is pleased to present the expanded score from the original motion picture Remo Forlani's Juliette et Juliette composed by Paul Misraki in 1974.

The soundtrack was previously released by CAM on CD in 1996 with only a 12-minute suite. This CD release features the expanded score which was mastered from the recording session tapes and presents previously unreleased tracks.