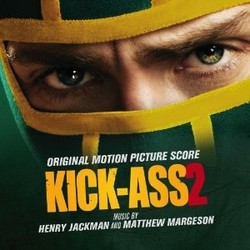 Acclaimed composers Henry Jackman and Matthew Margeson back the highly-anticipated return of the unconventional heroic duo Kick-Ass and Hit Girl with a full-throttle, super-charged action score as they face-off once more against the vengeful-minded Red Mist. This score is a sonic blast—and the perfect compliment to this rip-roaring, big-screen sequel to the original cult smash Kick-Ass. This CD release contains great liner notes by composers and director as well as additional music not available on the digital download version.