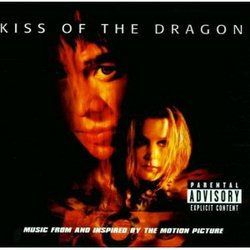 Kiss Of The Dragon

Review: Kiss Of The Dragon

Kiss of the Dragon is a superb modern day martial arts film with fight choreography reminiscent of the Bruce Lee films. Liu Jian (Jet Li) is a high-ranking agent for the Chinese government who is framed for a murder and relentlessly pursued by the corrupt French police commander Richard (Tcheky Karyo). Liu Jian befriends the prostitute Jessica (Bridget Fonda) throughout the course of the movie and soon finds out that she is the only witness who can help him in clearing his name.

The plot of the film is somewhat predictable and there is far too much pressure placed on trying to get Li and Fonda romantically involved. However, this does not stop the action scenes from becoming nothing short of spectacular. Jet Li seems to move faster than gunfire and deliver flawless limb shattering blows in the major fight sequences. Action scenes throughout the movie also feature menacing automatic weapons being fired in public places and Karyo's character is almost always yelling "Get Him!" What makes the action most memorable is Li's use of "acupuncture needles" through out the hand-to-hand combat. With lightening fast moves and strict precision Li's character paralyzes, sedates, and kills with just a pin prick!

The soundtrack for this film was obviously filled with tracks used to empower the action scenes with raw, adrenaline-pumped energy. The album features Rap/Hip-Hop artists such as Mystikal, Daft Punk, and Bathgate. While the songs have nothing to do with the storyline of the movie, the film editors have masterfully used the angry beat and screams of the musical artists to fuel every squeeze of the trigger and snap of the neck. I find it humorous that a film featuring an Asian lead-actor, which is set in Paris, would feature music where every other word was the n-word.

The album is wrapped up with a few breathy ballads that were used to cue in some the romantic scenes between Li and Fonda. Craig Armstrong's "As If You Said Nothing" features a nice, strong beat overlaid with synthesized notes and orchestral strings. This piece contains enough strength in its performance and mood to have stood alone as a theme for the movie. Lisa Barbuscia sings "Adore You" as the movie happily ends and the credits begin to roll. Listen to the lyrics in this song and you'll know what Fonda's character has in store for Li when the lights go down.

I recommend the Kiss of the Dragon to any action-loving fan; you won't be disappointed in Jet Li's ability to deliver the goods. The soundtrack is okay—and definitely not the best to grace a film—but you may want to add it to your collection if you're an obsessive-compulsive collector like me. You should stay away from it if you dislike "Rap" or "obscene lyrics", as this album features a Parental Advisory.