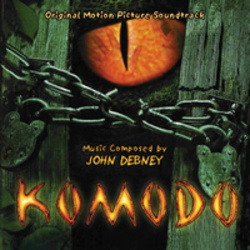 Long sought after by fans of the composer, Komodo finally arrives on compact disc. The booklet contains notes by author Randall Larson, including participation from composer John Debney. This is a limited edition release of 1000 units.