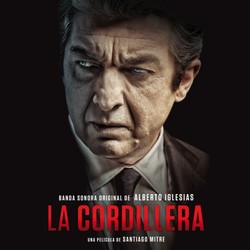 Performed by
The English Session Orchestra

Alberto Iglesias provides an intense, exciting and highly vigorous score with thick orchestral colors—lyrical, dark and rhythmic, including an ironic and macabre waltz as a main theme. Performed by The English Session Orchestra under the composer's baton, and recorded at Air Studios in London, the album contains the entire score presented in four conceptual suites, compiled by the composer for an enjoyable home listening experience.