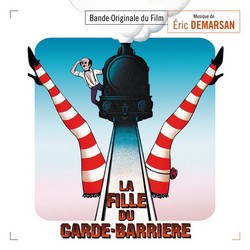 Éric Demarsan composed the score as a long improvisation. He even considered the score as a nod to Jean Wiener. The piano acts as referent to the silent cinema but the composer also used a large-scale orchestra, that of the London Philharmonic. The music refers to all the codes of silent film music: it was entirely written, almost frame by frame, with a precise motif representing each character. The eclectic score highlights all musical diversity such as jazz music, pastiche of oriental dances, mickey-mousing, piano solos with Demarsan's melodic and harmonic strong personality.

In collaboration with Sugar Music, Music Box Records presents this new expanded edition, mastered from the composer's personal tapes, featuring thirteen minutes of previously unreleased tracks. The CD comes with an 8-page booklet featuring liner notes by Gilles Loison who discusses the film and the score. The release is limited to 500 units.