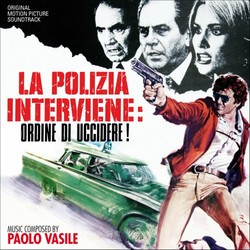 Despite this being his first score, Vasile clearly masters the poliziottescho sound with a funky opening theme which shows how the bustling of the city also means that a crime is always just around the corner. While a suspenseful mission is scored with unique flute and percussion effects and Murri's character has its own lonesome ballad, the main theme dominates the score.

Two cues from the score were originally released on a 45RPM single by CAM, but these were significantly different from their film counterparts. This CD marks the premiere release of the score, mastered by Claudio Fuiano from the first-generation stereo master tapes. The booklet features liner notes by Gergely Hubai discussing the film and the score.