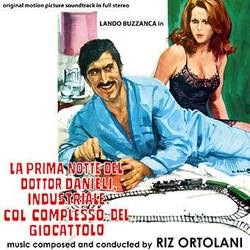 For The Lovemakers, this CD (61 minutes) represents a dream come true for us. Finally, thanks to the approval of the Ortolani family, it was possible to make the CD. No music has ever been previously released from this film. Ortolani composed a beautiful orchestral rock beat score used frequently during the film, alternating with lounge music such as a passionate version of the shake in a hotel night club.

For The Naked Cello, a 45 rpm EP was previously released (C.A.M. AMP 93) for this film. This soundtrack is based on a recurring classical score, followed by a cello and orchestra, and recalled again with a rock arrangement refrain.

For both the soundtracks we were able to access the stereo master tapes from the recording sessions.