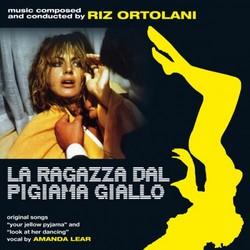 The music moves between two different styles: the composer's characteristic suspense-film sound—including a wonderful love theme with the harmonica of Franco De Gemini—-and the cool disco sound of the seventies (with two original songs co-composed and performed by Amanda Lear).

Mastered by Claudio Fuiano, the CD contains the original previously released Cinevox LP program plus five bonus tracks. The package includes an 8-page booklet containing mosaic stills from the film, accompanied by an essay from Óscar Salas, who discusses the movie, the composer and the score.