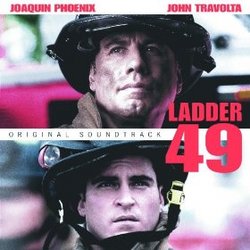 I sorta feel bad being for mean to this movie, because no one wants to be cruel to firefighters. But firefighters didn\'t make this movie. This is a big 2-hour truck commercial TV movie that\'s pretending to be a real film. And I want to make this very clear as people have written in: This is a review for a soundtrack for a movie about firefighters. Not a personal attack directly on firefighters. Please understand the difference.

I love Ohio Player\'s "Fire". I love "Cannonball" and "How To Dream", too. And happy for me this album has Tom Petty and Bonnie Raitt, but these are their more quant, middle of the road tracks. If you didn\'t know this movie took place in Baltimore, you\'d know after hearing "If I Should Fall from Grace with God" (which I shouldn\'t knock, it\'s a nice song).

The whole album is programmed for maximum non-offensiveness. This blandness is signified most by Robbie Robertson\'s "Shine Your Light" track that ends the movie and starts this album. "Light" is a pop tune genetically engineered to stick in your head, which wouldn\'t be a bad thing if it weren\'t such a plastic nothing of a song. There\'s one track of William Ross\' score, which isn\'t bad but for me he sounds too much like Hans Zimmer without his synthesizer. I\'d like to hear what else he has in him when he does his own thing.

I liked this movie a lot more when it was called Backdraft.