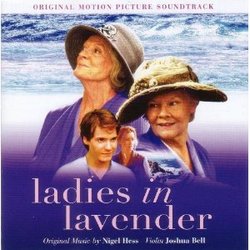 There is an interesting new trend in film composition these days: the star performer. More and more frequently, it seems that composers are turning to soloists known for their work in the classical music world and asking them to become, in essence, a movie star. These solo instruments become an unmistakable voice in the movie, a character as real as those on-screen, and powerfully alter the movie's tone. Consider, for a recent example, Hilary Hahn's violin in James Newton Howard's The Village. Her contribution to the movie was so great that she even received first billing on the end credits.

Why might composers be taking this approach? Perhaps they are looking for a new sound beyond the homogeny created when multiple movies employ the same studio musicians or the same symphony orchestras that are too often featured. In this day and age, even electronics have become stale and predictable in their sound. Performers who have made a name for themselves in the classical world, however, have done so on the strength of distinctive techniques and interpretive powers that are recognizable at one listen. When James Galway and Renee Fleming participated in the final installment of The Lord of the Rings, they did so apart from their normal mode of performing (Galway played an indigenous flute and Fleming vocalized), but both were easily recognizable for those already familiar with their work.

On the other hand, film composers might finally be getting their due, and performers might be more willing to perform their music, especially when it is written especially for them. It demonstrates an interest in contemporary music on the part of the performer and could lead to a fruitful collaboration in other spheres of music. The cynic in me scoffs at this possibility, but it happily has happened in many cases, such as Joshua Bell performing a concert version of John Corigliano's The Red Violin in concert around the world.

Finally, it might just be a matter of practicality. In a day and age where scores need a hook to sell, the end credits song is no longer enough. The addition of a well-known performer expands the potential consumer base enormously. For an example of this, you only have to visit your local music store and look at the packaging. Every time a score features a prominent soloist, that's the name put on the sticker to attract attention.

While I find this to be a peculiar trend and plan to watch it carefully over the next several years, there is no doubt that it has produced some of the most outstanding scores of recent years. All the scores mentioned above either won or were nominated for an Academy Award. While Ladies in Lavender will not continue the trend, it has many compelling moments. The film itself is a typical British period film with excellent acting (supplied by Judy Dench and Maggie Smith, two actors who never disappoint, even in disappointing movies), quirky secondary characters, and uneven pacing. The score was composed by a veteran of such films, Nigel Hess, who is possibly best known in the United States for his score to An Ideal Husband, and features Joshua Bell, a violinist no stranger to these films having performed in Iris a few years back.

Ladies in Lavender is an absolute delight from start to finish. Hess is operating in fairly safe territory, writing music that would fit any of the European nationalist composers of the late 19th century, and arranging the music of several of them as well, but his writing is enhanced by Bell's work. Bell plays on almost every cue and again demonstrates why he is asked to do so many of these projects. His violin sings, dances, and cries with the movie's characters and brings us along for the ride.

Consider the fourth cue, "Fantasy for Violin and Orchestra." It begins with the flute stating the main theme before the strings take over. After this simple opening, the solo violin takes over the theme and it is transformed from a workaday theme into something of great warmth and heartache. When the oboe takes the theme back from the violin, it is still beautiful, but we hold our breaths until the violin returns to take it up again and turn it into more of a rhapsody than a fantasy because of the amount of emotional improvisation Bell invests into it.

That cue is truly the standout from Hess, because his music is overshadowed by the music he arranged. For instance, the fifth cue is the famous "Meditation" from Massenet's opera Thais. Later on the score features an arrangement of Debussy's piano prelude "The Girl with the Flaxen Hair" an even a spirited setting of a Polish dance "Zabawa Weselna" that will have you dancing in your seat. These are all incredibly crafted and balanced works that are marvelously arranged by Hess, but they only serve to show the weakness of melodic invention in the film's main theme.

So what can we learn from this score? Primarily that even though the star performer can add rich depth to a fully developed score and enhance a movie, his or her inclusion does not guarantee an excellent score. Ladies in Lavender is enjoyable and Hess has composed cues that equal and surpass much of the drivel poured out these days. And if that weren't enough, Joshua Bell plays so marvelously that it is worth owning simply for his performance. But the score does point to a weakness of the star performer trend: productions cannot simply rely on the performer's cache alone, they must have excellent music to back it up. Fortunately Ladies in Lavender does have great music from Hess's numerous arrangements, and for that reason I can highly recommend it.