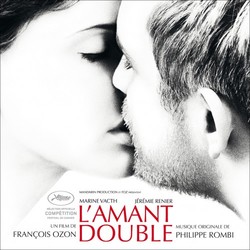 Quartet Records and Cristal Group presents the soundtrack album of the new collaboration between director François Ozon and composer Philippe Rombi, one of the most prestigious collaborations in European cinema after twelve successful films.

Philippe Rombi's score is intense, atmospheric, exciting, vibrant and dark—a mixture of orchestral and electronic textures. It was also the last score recorded at the legendary Dabout Studio in Paris, before it was closed some months ago.

The album includes the entire Rombi score plus three songs performed by A Winged Victory for the Sullen, Linda Scott and Valerie Carr.