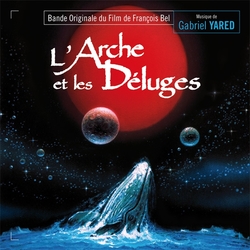 Music Box Records proudly presents on CD the expanded score from the original documentary François Bel's L'Arche et les Déluges composed by Gabriel Yared in 1993. The film is an ambitious project, an epic naturalistic work dedicated to one of the major and most vital elements on our planet: water.

Gabriel Yared wrote a rich orchestral score, wavering between contemporary music, symphonic music and a mix of ethereal electronics. One theme unifies the score and comes up several times, played on different instruments (synthetic flute, horns...), evoking the breathtaking landscapes of the film. Through its repeated occurrences in various versions, his strongly evocative music calls to mind the marine universe and the never-ending backwash of the sea.

This new expanded edition is fully remastered from the recording sessions and features several previously unreleased tracks. The package includes exclusive liner notes by writer Sylvain Pfeffer and new comments by Gabriel Yared on his collaboration with director François Bel.