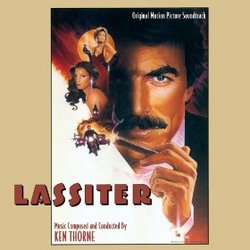 As the film is a period piece, Thorne wrote a score drawn from elements of 1930s jazz music and also adapted popular tunes of the period to be used in the fabric of the score. A small orchestra made up of trumpet, clarinet, alto sax, trombone, tuba, banjo, drums, and piano would be used to perform the period elements of the score. Strings, French horns and extra percussion would augment the orchestra for some of the action scenes.

Originally issued on LP at the time of the film's release, BUYSOUNDTRAX Records presents the first appearance of Lassiter on compact disc. This release contains all of the music from the original album and features music that is previously unreleased.