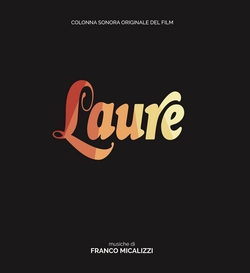 Out of all Franco Micalizzi's soundtracks, this is the Holy Grail! The criminal domain usually occupied by the master in his famous police thrillers has been left behind. In Laure, the territory explored is purely exotic/erotic: unadulterated Italian cinematic trip-hop, with the sensual vocals of Baba Yaga, the phenomenal percussion of Tony Esposito, the clavinet and fender rhodes of Enrico Pieranunzi.

One of the most controversial films produced in Italy in the 1970s also hides one of the most surprising and original soundtracks ever completed in that period. Published in 1976 on RCA SP label, the record has been a joy and torment for whole generations of collectors, one of the most elusive of the series. Now, finally, remastered from the original master tapes preserved from the RCA archives, Laure can spin once again.