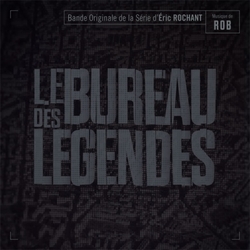 In collaboration with The Oligarchs Productions and Hippocampus, Music Box Records presents the premiere CD release of the acclaimed French TV series for Le Bureau des Légendes (The Bureau) composed and performed by Rob.

Created by Éric Rochant and produced by Canal+, the plot of this political thriller television series revolves around the lives of agents of the DGSE (General Directorate of External Security), France's principal external security service.

For this premiere release of Rob's Le Bureau des Légendes score on compact disc, the album features a selection of 28 tracks from the three seasons, including three bonus tracks which did not appear on previous vinyl or digital releases.