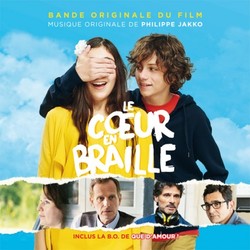 Composer, session musician, conductor, Philippe Jakko is a relative newcomer to the film music community and proves that he is one of the most talented composers of his generation. This album enables us to listen to two of his most praised works which were only available on digital format.

The 8-page booklet features an essay by Sylvain Pfeffer discussing both films and scores based on an original interview with the composer.