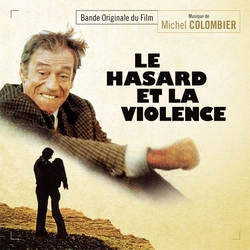 This drama film stars Yves Montand and Katherine Ross. It tells the love story between a criminologist (Montand) and a fellow doctor (Ross). For the movie's cold atmosphere, Michel Colombier composed a romantic score with dramatic variations on the same theme and beautiful writing for strings. The title song is performed by Drupi.

The package includes an 8-page booklet with liner notes by Nicolas Magenham, discussing the film and the score.