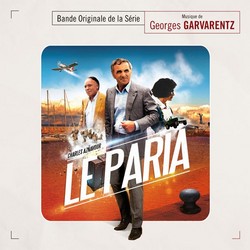 Garvarentz composed a very powerful symphonic score with a gorgeous, broad sweeping main theme. The score is a lovely homage to the great masters of film music he admired, such as Dimitri Tiomkin, Elmer Bernstein or even Jerry Goldsmith.

The soundtrack was previously released on LP in 1985. For this premiere release on compact disc, this new remastered and expanded edition presents 25 minutes of previously unreleased music. The release is limited to 350 units.