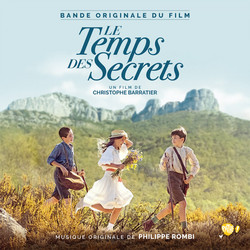 Marseille, July 1905. Nearly a teenager, Marcel Pagnol embarks in his last summer vacation before high school and returns, at last, to his beloved hills in Provence. What begins as a summer of boyhood adventures becomes one of the first loves, and unearthed secrets.

Le Temps des Secrets is the fourth collaboration between director Christophe Barratier and composer Philippe Rombi after War of the Buttons, Team Spirit and Fly Me Away. For this coming-of-age film, Philippe Rombi composed a very lyrical and intimate score with a beautiful waltz theme. Recorded with the prestigious Orchestre National d'Île-de-France, the original score also features memorable themes, lively rhythms and mystery that evoke childhood memories with tenderness.