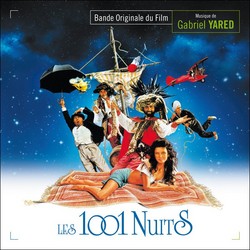 Gabriel Yared composed a beautiful symphonic score—ample, generous and voluminous—filled with exhilarating themes and mysterious romance. He also integrated traditional Arabian instruments into the orchestra giving the score an exotic vibe and synthetic sounds for the farcical turn of the film.

Music Box Records is very proud to present this new expanded and remastered edition of the lush, sweeping and majestic score. It contains the complete CD program of the very rare 1990 soundtrack album with more than 30 minutes of unreleased music, including some cues which were never used in the final cut. It also features a song especially co-composed with Gabriel Yared and Catherine Zeta-Jones for the original album and performed by Catherine Zeta-Jones.

The CD comes with an 8-page booklet featuring liner notes by Nicolas Magenham who discusses the film and the score. The release is limited to 500 units.