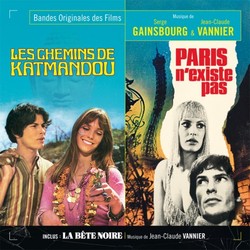 This present edition has been fully remastered from the master tapes courtesy of Vannier's archives. For Paris n'existe pas, in spite of the less-than-ideal sound quality, it was the only surviving material provided for this CD release. The CD comes with a 8-page booklet with liner notes by Nicolas Magenham, discussing the films and the scores. This is a limited edition of 350 units.