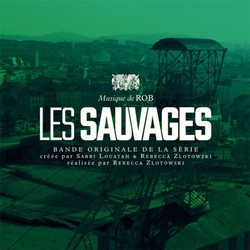 Co-written by novelist Sabri Louatah and directed by Rebecca Zlotowski, the political thriller is about a family saga set against a backdrop of politics and social tensions in contemporary France.

For this premiere release of Rob's Les Sauvages score on compact disc, the album contains two exclusive bonus tracks that are not available on digital release. The release is limited to 300 units.