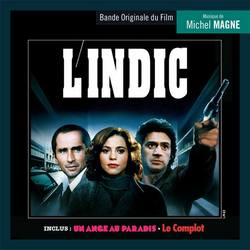 For L'indic, Michel Magne wrote a great love theme on piano and strings, enhanced by the use of the bandoneon played by the famous accordionist Gilbert Roussel. For the action and suspense sequences, the composer embellishes the ambience with the use of percussion conjoined with grave tones from piano or flute.

Two other scores, both dated from 1973, are also presented here for the first time on CD. For Un Ange au paradis, Magne composed a refrain with several variations accompanying scenes that were at once romantic and burlesque. This new expanded edition contains the two previously cues already issued on EP by CAM plus two unreleased cues.

for Le complot, Magne wrote a somber and melancholic theme with an oppressive female voice and a plaintive harmonica.