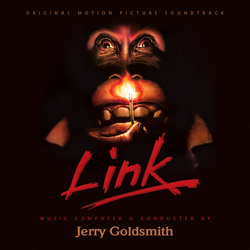 Considered to be one of Mr. Goldsmith's quirkiest and most unusual scores, the previously out-of-print score returns to CD, ripe for re-discovery by a new generation of film music fans. Orchestra and electronics fuse in exhilarating fashion to inject this homicidal orangutan thriller with emotion and suspense. This re-issue's program, master and liner notes are identical to the previous Intrada release, produced by Jerry Goldsmith and mastered by Douglass Fake. This special limited release of 2000 units features striking new art design by Jim Titus.